Modern day homeowners strive to embrace bespoke kitchens as the central design feature of their state-of-the-art spaces. As Valcucine’s fundamental goal is to design timeless, innovative kitchens that embrace the user’s wellbeing, there is no better reason than to let Valcucine transform your house into a lifelong home.

Traditionally glass has played a prominent role in Italian art and culture over time. Valcucine was the first company to innovatively incorporate glass into a kitchen as thoroughly and diversely as we have. Examples of our application ranges from a full glass and aluminium Invitrum carcass, to a customisable handcrafted glass inlay technique called Vitrum Arte.

This skilful craftsmanship is one of the main features of Italian excellence that makes Valcucine’s products unique. Vitrum Arte is a special technique that enables designs to be reproduced in glass, using a wood inlay method that has produced masterpieces over centuries.

In order for the designs to be inlayed on glass panels, the originals are vectorised to obtain plain, even-coloured backgrounds. The designs are cut out from a specialised, coloured film and then manually applied to the back of the tempered glass panels.

Vitrum Arte is exclusive to Valcucine. Designers revisited the wood inlay technique using modern materials such as glass and coloured film during two years of research. It requires painstaking execution by hand to achieve the desired high-quality result.

A Valcucine crafted kitchen could feature work by artists such as Alessandro Mendini and Val Ingenium. Mendini was a Milanese designer and architect, editor and essayist. His work, which focussed mainly on neo-modern and contemporary design, impacted the development of Italian design during the latter part of the 20th century. ‘I treat objects as if they were human beings; I make them smile,’ he said. 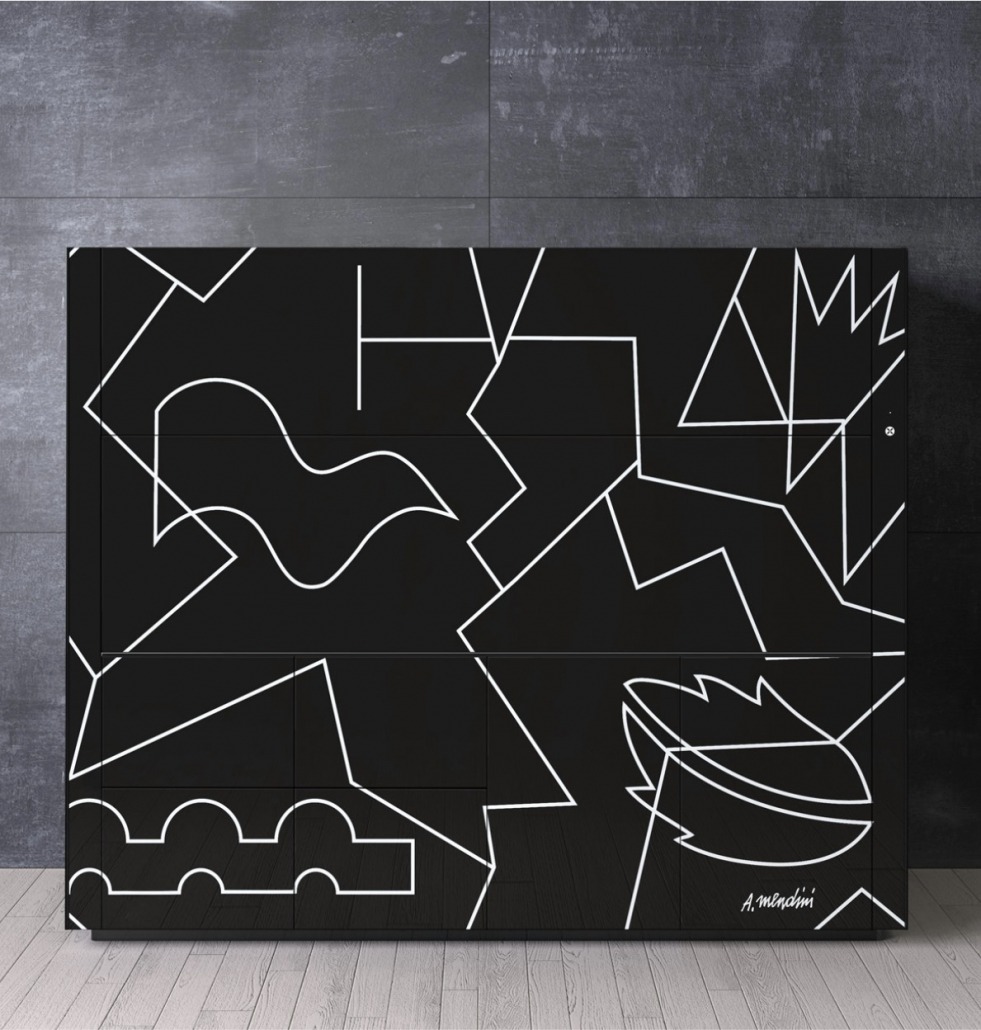 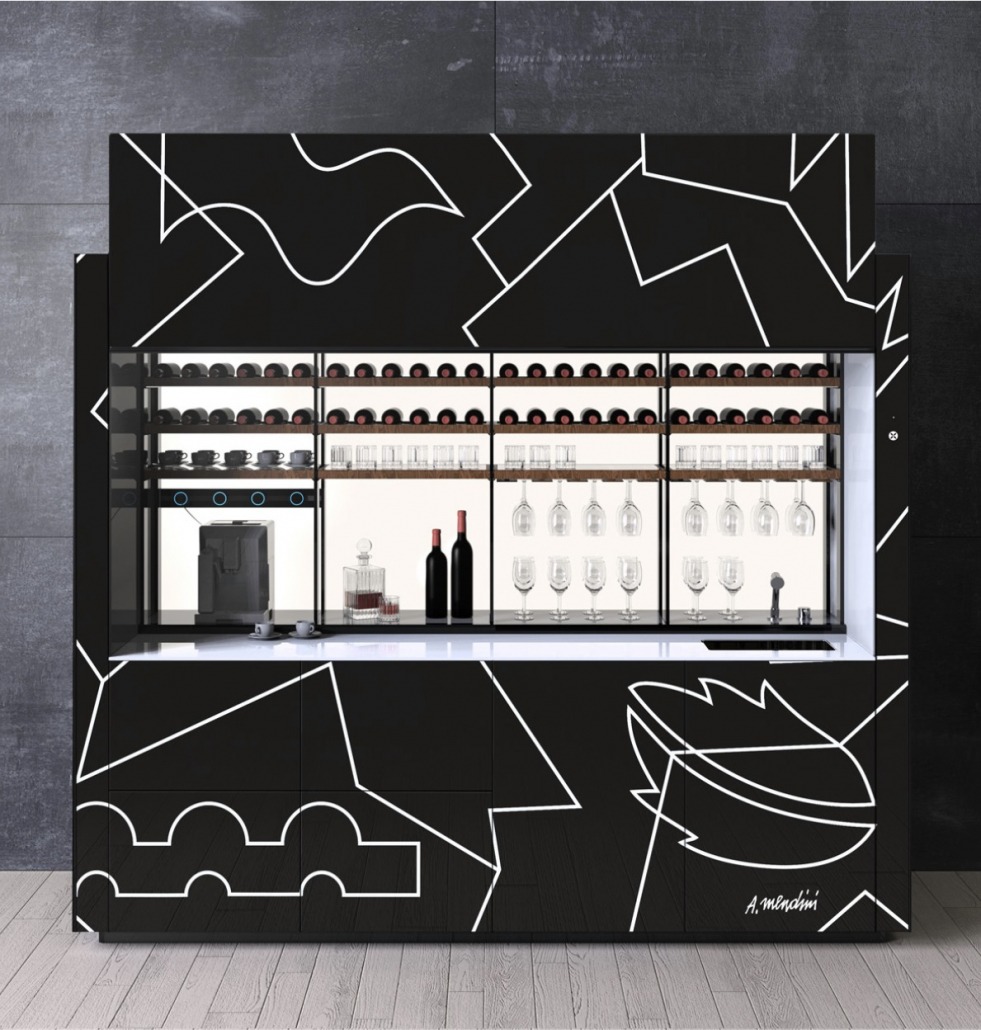 ‘The process of drawing lines on a surface is similar to writing. It means including that surface inside a story.

‘The lines developed by Valcucine are geometric marks that do not have the pretence of simulating the letters of the alphabet. Nevertheless, they do add poetry to some parts of the kitchen, establishing a deep bond of unity and participation between the person using the kitchen and the cabinets themselves.’ 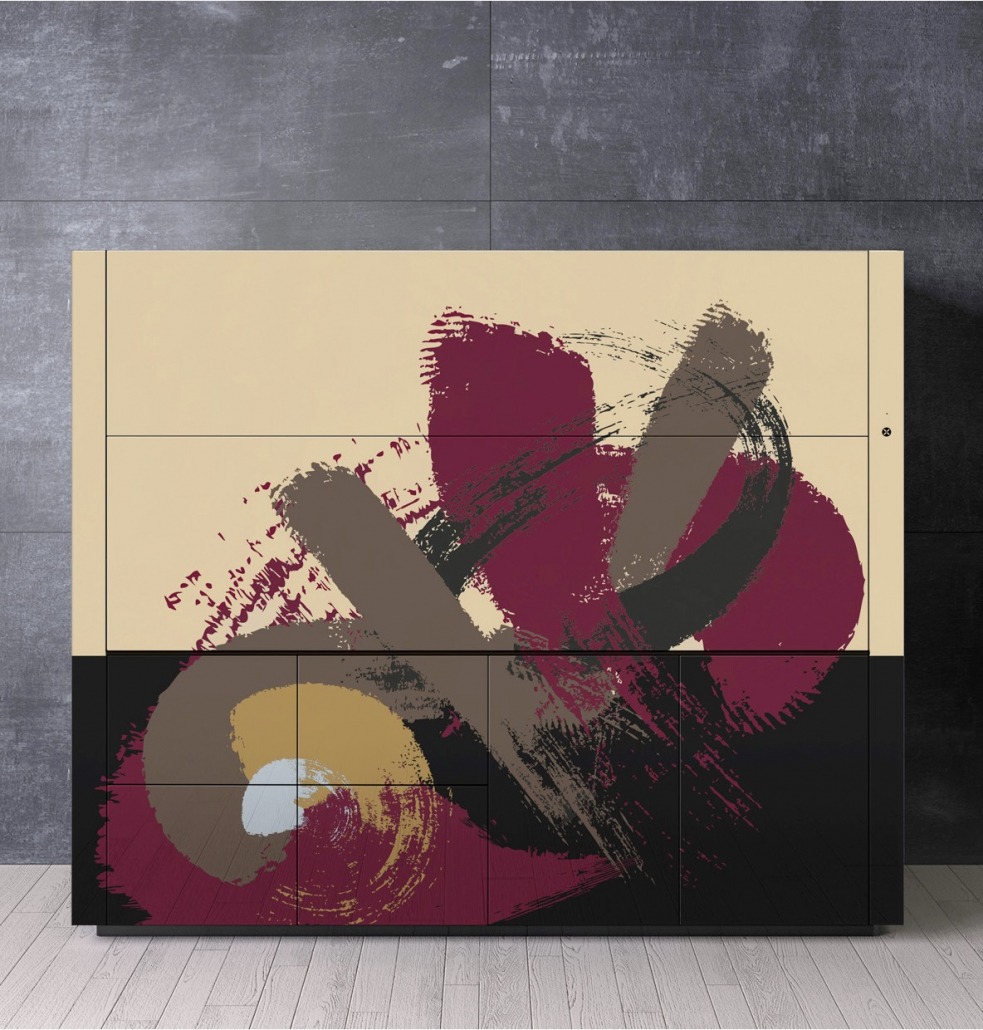 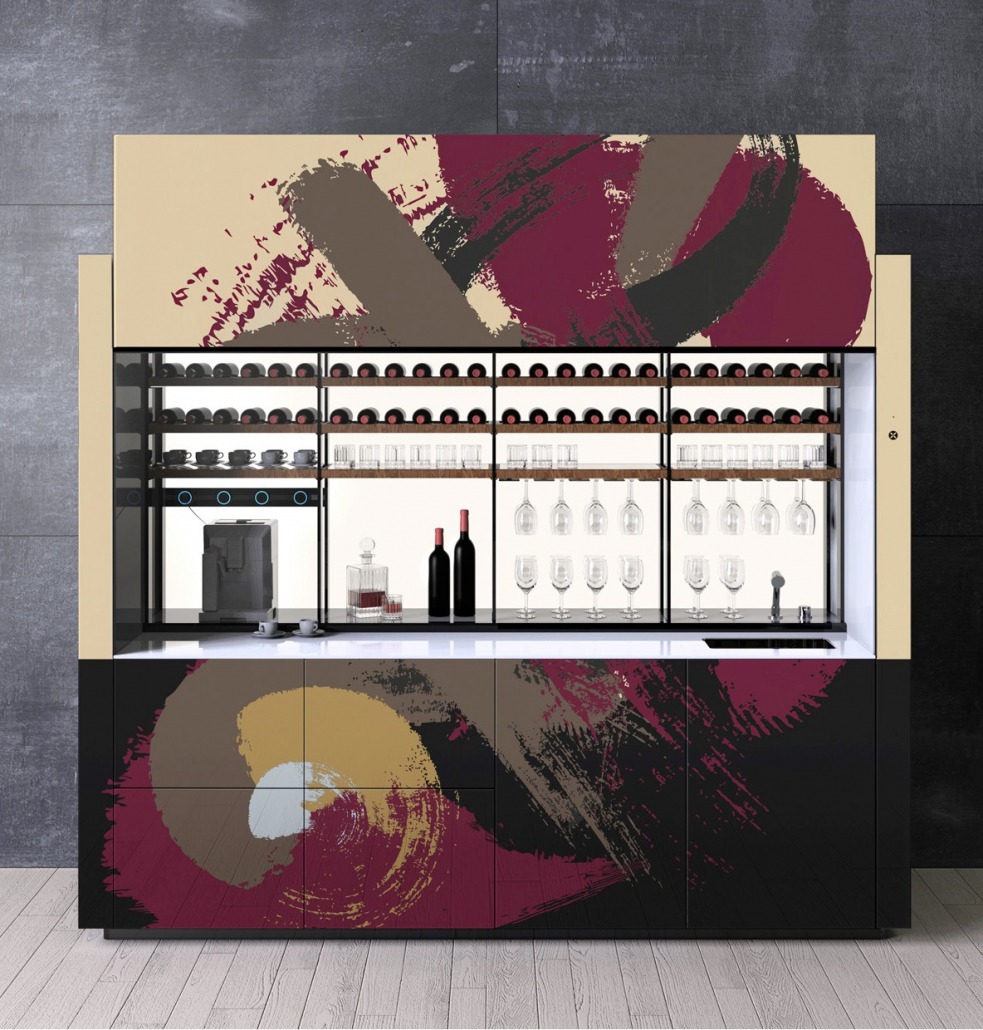 ‘Power and energy distinguish the expressive fabric of this artwork, which is developed starting from a silver- and gold-coloured vortex.

From here the composition expands, achieving a dynamic effect of movement in space.

‘Vortice’ can be classified under the artistic trend that art historians call lyrical abstractionism, a genre that leaves a lot of room for the imagination and for the artist’s personal touch.

In fact, the word “lyrical” refers to the poetic approach of the artist that is also apparent through the strokes and colours brushed on canvas.’ 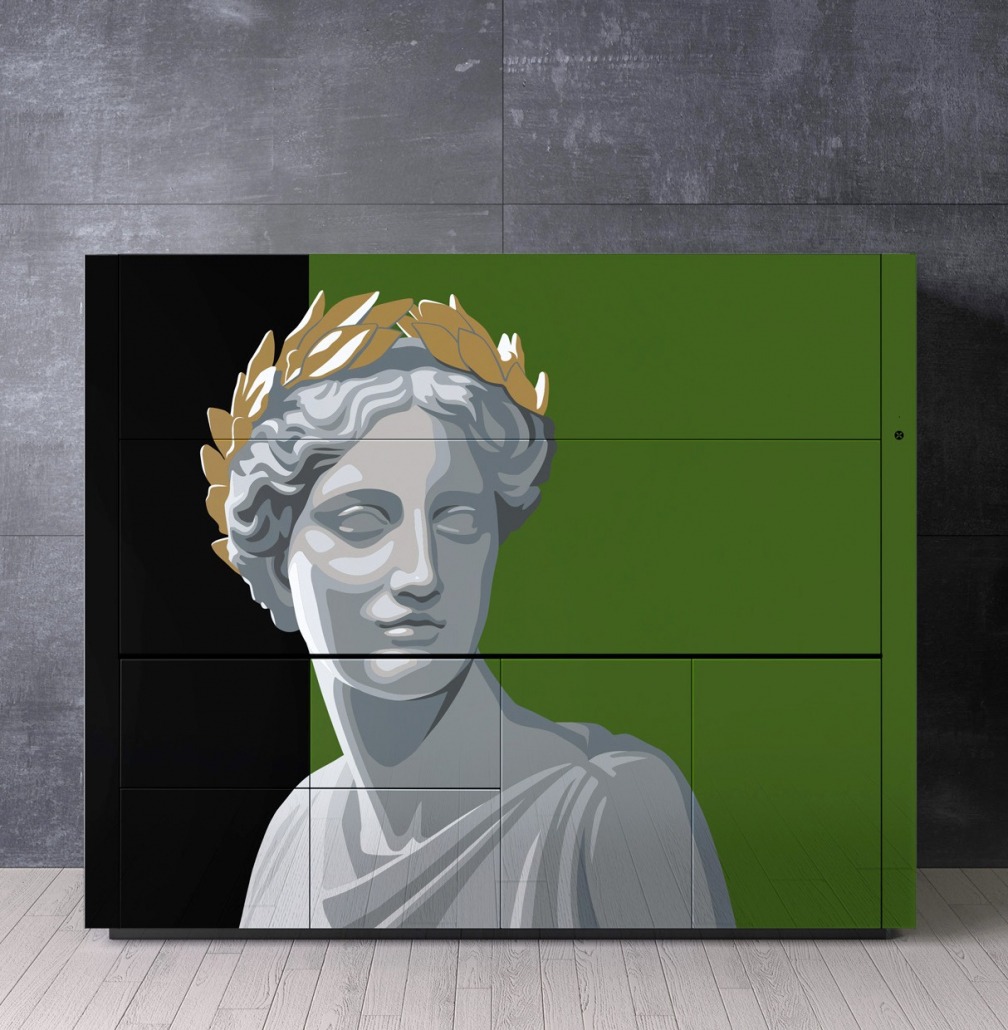 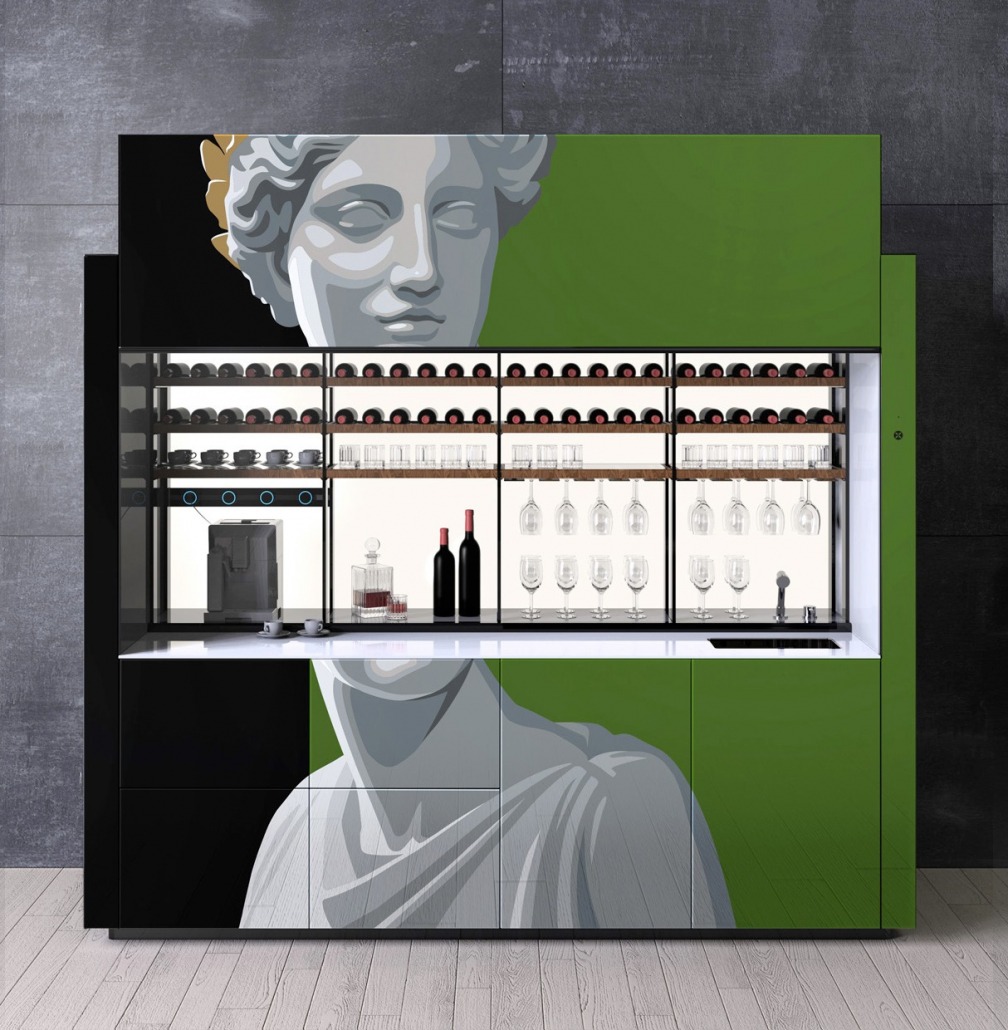 ‘Every culture, whether ancient or modern, archaic or civilised, has its own myths. In Greek mythology, Aphrodite is the goddess of beauty, love, generation and springtime. The choice of colour – green, gold, white and black – enhances the classicism of the design and transmits a sense of refinement and elegance.’ 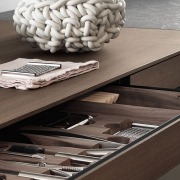 What marks do best quality kitchens have? 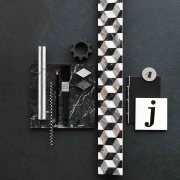 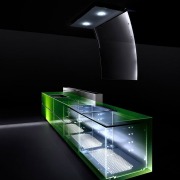 Thirty years of innovation, at the service of the Human being and the Planet Earth 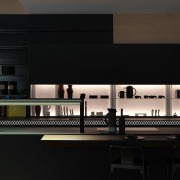 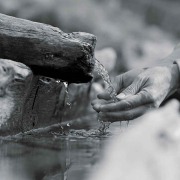 ECO-SUSTAINABILITY – MORE THAN A MISSION 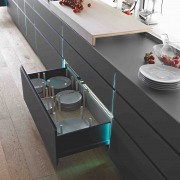 Applying the science of ergonomics in high-end kitchens

Brought to you by The Excellence Group